OK, here’s my prediction for the outcome of the general election in the United Kingdom, just for fun.New Labour have had their chance and blown it to such an extent that they come third in overall votes, a disasterous result by all accounts. But the Tories fail to win an overall majority in the House of Commons and Gordon Brown tries to stay on as Prime Minister with a minority government, daring the Liberals to vote down the queen’s speech, which they then do. Brown is forced to resign as Labour leader and the battle for a successor begins, with a timetable stretching over many weeks.Meanwhile, the Liberals enter into negotiations with the Tories to see if they can stitch up a coalition government between them. Nick Clegg demands electoral reform as a precondition to more detailed discussions, and David Cameron categorically rules it out. So no deal there. Harriet Harman the current deputy leader of the Labour Party automatically acts as a caretaker leader and approaches Clegg to see what terms he might accept to go in with Labour. A historic deal is then patched together which involves mashing up Vince Cable and Alastair Darling’s economic policies into one chancellorship, big concessions on electoral reform, and a double figure-head leadership which means Nick Clegg and Harriet Harman both being prime minister. Cameron is thus thwarted from forming a Tory government for at least another four years and such is the jubiliation on Labour back benches that all the other contenders for leadership are persuaded to withdraw from the contest leaving Harriet Harman as uncontested leader of the Labour Party and joint Prime Minister of the UK parliament. 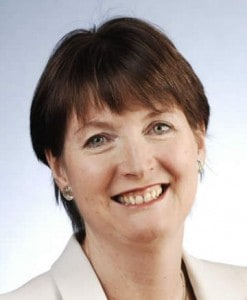 Of course constitutionally, you can’t actually have a joint prime ministership in absolutely everything, there are some occasions when a single name must be applied, such as taking a seat at World Summits etc and in the EU so for these occasions they toss a coin, and Harriet wins.