Ferry between Ilfracombe and Swansea, Minehead and Penarth by 2008

Ferry between Ilfracombe and Swansea, Minehead and Penarth by 2008 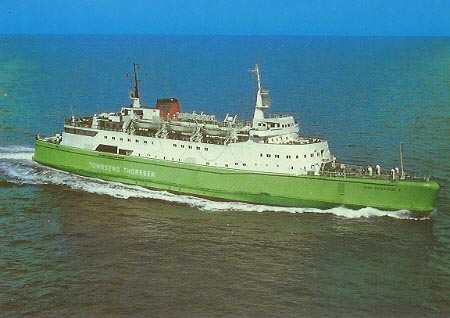 Here’s a great prospect for increasing economic activity in an area of the UK outside of London and the South East. A fast car ferry service between North Devon and South Wales. One of my earliest memories is of being taken onboard the paddle steamer between Cardiff docks and Weston Super mare. According to recoords, The Cardiff Queen also served a route to Ilfracoombe at one time in the 1940s, so the idea of a transport link between Wales and Devon is not completely new. The link across the Bristol channel should help to fuel the mini economic boom in South Wales as well as improve employment prospects in the south west, not to mention vastly cutting travel times between Cornwall and Gower.

There is support on both sides of the Bristol Channel
Backers behind plans for a “fast cat” ferry between south west England and Wales will tell business leaders in Swansea it could be running in a year.

They say £1m has been promised for the passenger services from Ilfracombe to Swansea and Minehead to Penarth.