Time for another quick round up of the West End shows. London theatreland at the end of 2009 is beginning to adapt slightly to the changing economy and the initial bravado about the industry being recession-proof has faded. The same old shows are still playing to nearly full audiences in the West End, but the theatre going public is expecting to be able to find bargain packages and special offers before committing to future bookings. As ever, a large part of the London audience is comprised of visitors to the capital, more from abroad and a few less from the UK regions. The percentage of foreign language speaking ticket buyers has even been recognised by theatre managers with Hairspray trialling a gizmo that provides a text translation in sync with the show in several popular languages.

Andrew Lloyd Webber insists this is not a sequel to Phantom of the Opera but the plot for this big new show continues the story 10 years later with the same characters. Opening in the West End London in March 2010

The Wizard of Oz

The Wizard of Oz is going to be as well known as Oliver because of a similar TV contest to find Dorothy, a show called “Over The Rainbow” from which emerged Danielle Hope

Not a new show as such but Chicago in London manages to keep fresh interest through a series of creative cast changes. Early in 2010, West end favourite Ruthie Henshall returns to play Roxy.

Cat Stevens is back, but different. At some point Yusuf Islam’s “Moonshadow” musical will appear in one of the West end theatres and I think it will find a lasting audience after initial problems settle down.

Oliver is on its third Fagin and now Kerry Ellis, the former Wicked star is due to take over from Jodie Prenger as Nancy.

A Surprising huge success on Broadway, Billy Elliot in London edges further into a long continuous run at the Victoria Palace Theatre. Support the Miners.

Cat On A Hot Tin Roof

Tennesse Wiliams’ Cat On A Hot Tin Roof is the hot ticket for non-musical show in London, with a much acclaimed adaptation brought over from a sell out run on Broadway. 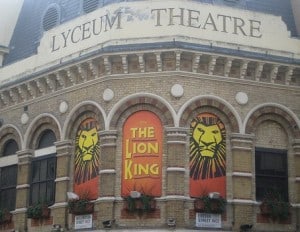 West End Shows London Theatre Breaks as thoughtful presents or booked online during the holiday as an antidote to the festive season.