Well, here’s a funny thing. Peter Walters from Havering Folk Club has started putting up some live performance videos on youTube and here’s one of me singing “Mozambique”, often a popular song from Dylan’s Desire album of 1976.

I think the visuals survive the youtube compression OK and the sound quality is simply what you’d expect from the built in mic of a video camera. Thanks Peter for taking the trouble to do the editing and format conversion etc.

By the way, if anybody is in the East London/Essex area for April 1st 2009 that’s when I’ll be doing a whole set of my own songs and others as a featured member of Havering Folk Club for the evening and any support would be appreciated. It would be great to see you there in our quaint little pub, The Golden Lion, Romford where the club meets Wednesdays at Eight. 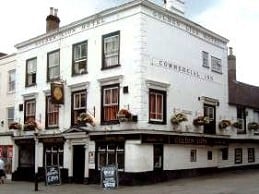