My BE fast broadband box arrived today but I can’t start using it before the activation date on Friday, which is a bit frustrating on the one hand but on the other it’s great that they actually sent it out two days earlier than they said they would. I only actually got my home land line switched back to BT last Friday so that means only one week without home broadband while making the two-step switchover. It seems to be a good idea to do this at a time of year when most people are thinking about going away on summer holidays rather than upgrading their info telecoms systems. 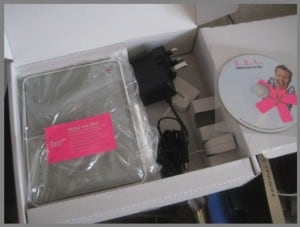 The BE Broadband deal is the best for me because of the ADSL2 technology which allows speeds up to 24Mb and the Professional deal which has an option for faster uploading at the expense of a little bit of the huge download bandwidth. Upload speed is important to me when moving websites from one host to another, uploading high-definition theatre breaks video or loads of pictures to Flickr. It should also be just the job for ensuring my Tuesday Night broadcasts on Ustream.tv run smoothly. Not everybody can get the BE broadband deal, you have to be lucky enough to live near a telephone exchange which is equipped with ADSL2 capability and that hasn’t been rolled out all over the country yet. Well neither has ADSL1 yet! So location is still very important for getting the best broadband deals

In the interim we’ve been making do mostly with a couple of T-Mobile pay as you go mobile ‘broadband’ dongles. It’s the only deal we found that doesn’t tie you into a 12 month or longer contract but hasn’t been as successful as I’d hoped due to the 3Gb monthly data transfer limit which I quickly used up in less than a week. All the dongle deals have that though, even the longer contracts After that I expected to get progressively capped the following month, but no – the service just stopped working until the next calendar month which is no use to me. In fact the realisation that mobile broadband just isn’t good enough yet for business use makes the whole idea of location independent living seem more like a dream for the future than a practical reality for here and now.

Getting by temporarily without Broadband

I found it much harder than I expected to adapt to offline working with sporadic broadband access. After a few days I’d resorted to installing google gears for offline gmail reading, re-installed an old client RSS reader and installed WordPress Turbo (google gears again) on quite a few blogs for faster updating when I did get through. I finally got around to looking back through some old mini-dv tapes to capture some old video clips – very time-consuming, and I tidied up my applications and downloads folders a bit. I couldn’t really settle down to proper ‘flow state’ work though, and I suspect it would take weeks or more to really get back into the habit of working mainly in batch mode offline, if at all. The conclusion therefore is that a good, fast and 99.99% reliable broadband connection is absolutely essential to the conducting of any business even with just an online element to it. I would happily pay upwards of £100 per month for such a system if it existed, so the difference between a £9.50  a month cheap broadband deal service and a £24 one is not the price but the vital quality of service which needs to be the best.