Wild Badgers to be Culled in England

Wild Badgers to be Culled in England

There will be a wild badger cull in England.

The new Conservative Liberal coalition government has said the vaccination programme isn’t enough so badgers in TB hotspots will be killed.

Culling badgers to control Bovine TB in dairy cattle is controversial with many farmers facing increased incidence of TB reactors in cattle supporting a cull, and wildlife conservationists pointing out that culling badgers is not effective anyway.

New DEFRA farm minister Jim Paice, Conservative MP for South East Cambridgeshire has confirmed that badgers will be culled in England to combat bovine tuberculosis in cattle. A targeted cull of badgers will take place once the right “hot spot” locations have been identified.

The Badger Trust opposes culling, which they say would be in reality an unselected slaughter. The badger is one of Britain’s best loved and iconic animals and as such is part of our National Heritage. They are a poignant symbol of the British countryside and a protected species.

On culling badgers, Trust chairman Dave Williams says “The overwhelming scientific evidence and research shows that it is not the way to control bovine TB It has been tried for many years in one form or another, and it has never worked.” 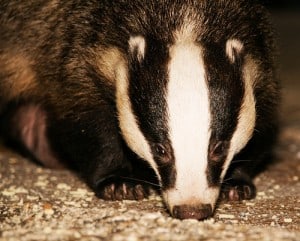